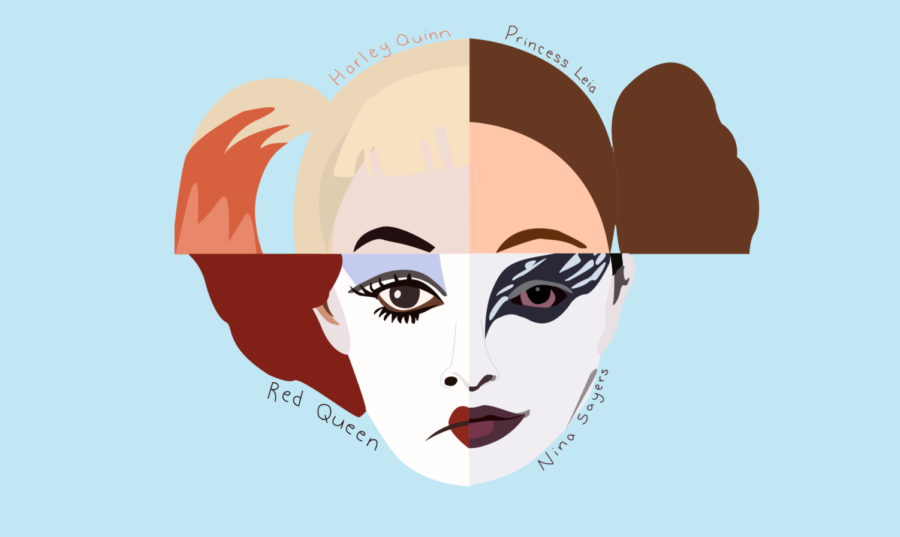 Looking at glossy magazine ads of beautiful women touting “the latest cosmetics news,” “the best mineral foundation,” or “the most glamorous eye makeup that’s around,” you might also think that makeup is a modern invention. But the fact really is that makeup has been around since ancient times. Through thousands of years of history and different countries and cultures, one thing remains constant: people like to look good. Of course, the types of makeup they used have changed over the years, from dangerous substances like arsenic and iodine to today’s safe, natural mineral makeup, which uses naturally-occurring minerals.

Even in Biblical times, makeup was used to enhance appearance. We know this because makeup is actually mentioned in the Bible several times. For example, King 9:30 says, “When Jehu came to Jazreel, Jezebel heard of it, and she painted her eyes and adorned her head.” Jeremiah 4:30 says, “What do you mean that you dress in scarlet, that you adorn yourself with ornaments of gold, that you enlarge your eyes with paint?”

Archeologists have uncovered evidence of eye makeup in ancient Egyptian tombs dating from 3,500 B.C. The ancient Egyptians used kohl as eyeliner. It was made of copper, lead, soot, burned almonds, and other ingredients. Maklon Kosmetik By the first century A.D., the available makeup also included powders to make the skin whiter and rouge made of red ochre for the cheeks. In ancient Rome, cosmetics were made by female slaves called Cosmetae.

It’s interesting to note that, just like in modern times, there in China, there was even a legend that promoted a makeup fashion: it was said that Princess Shouyang, the daughter of Emperor Wu of Liu Song, was resting near some plum trees by the palace when a plum blossom drifted down onto her face and left a beautiful imprint on her forehead. It was said that the ladies of the court were so impressed by the beautiful mark that they began to decorate their foreheads with a delicate plum blossom design. This legend led to the makeup trend called meihua zhuang, which literally means “plum blossom makeup”, which was popular during the Southern Dynasties (420-589), the Tang dynasty (618 – 907), and the Song dynasty (960 – 1279).

In the Middle Ages, the rise of Christianity (which disapproved of cosmetics) somewhat dampened the popularity of makeup. Still, some women still used it, especially among the upper class. Being pale indicated wealth and status, because the poor folk had to work outside all day in the sun while the upper classes lived lives of leisure indoors. Thus, women used white lead, soluble paints, white powder, or even bled themselves to get that fashionable pale look. Queen Elizabeth 1 used white lead to achieve a pale look known as “The Mask of Youth. “In the 18th and early 19th centuries, the popularity of makeup again rose among the upper classes. Being extremely pale remained the most popular look. Unfortunately, many of the ingredients in makeup of that time were dangerous and caused serious health complications. Makeup of that era included white lead, mercury, and sulfur. To make their eyes sparkle, some women put drops of poisonous belladonna in their eyes, or tried to achieve white skin by swallowing chalk or iodine. Skin ulcers, poisonings, and blindness were sometimes a side effect of these dangerous makeup ingredients. It wasn’t until recent years that safe, natural cosmetics, including today’s popular mineral makeup, began to come to market.

In the mid-to-late 19th century Victorian era, primness and modesty were espoused, and garish makeup was denounced as whorish. This, however, did not mean the disappearance of makeup – instead, a subtler, more “natural” makeup look became popular. Since lipstick and rouge were now considered scandalous, beauty books of the time advised girls to bite their lips and pinch their cheeks before entering a room.

The modern era of safer, commercial cosmetics really began in the 20th century. That’s when doctors began working with commercial makeup companies to produce safer makeup that women could purchase in stores. The 1920s and 1930s saw the rise of lipsticks, the first-ever liquid nail polish, powder compacts, blushes, and foundation. By that time, nearly all women wore makeup. Modern cosmetics companies that we still know today began popping up. Avon began as a perfume company in 1886, but soon moved into cosmetics. Maybelline was founded in 1915, Revlon in 1930.

Nowadays, makeup has become even safer with the increasing popularity of mineral makeup. Mineral makeup uses natural, safe minerals, ground to a powder, as the makeup base. Among the popular companies producing mineral makeup are Sephora, BareMinerals, PurMinerals, and others. The base ingredients for mineral makeup include titanium dioxide, bixmuth oxychloride, kaolin clay, zinc oxide, and serecite.

The minerals in mineral makeup each have their own beautifying properties. Zinc oxide is an anti-inflammatory, and both zinc oxide and titanium dioxide protect skin from the damaging effects of the sun. Kaolin clay removes impurities from the skin, refines pores and helps clear up pimples, without removing the skin’s natural oils. Serecite reflects light, which helps to minimize the appearance of wrinkles. Mica spheres and silk powders gives the makeup a silky feel, which is why mineral makeup provides the best foundation.

Unlike the dangerous substances found in cosmetics in the past, minerals makeup allows women to enhance their beauty in a safe and natural way. This is why mineral makeup is becoming more and more popular and is the latest makeup breakthrough. If you have any questions email me or you can go to my website and get a hold of me there. I hope you have enjoyed!